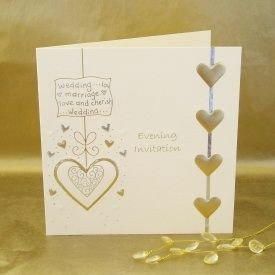 If you believe everything the media says, you’d be forgiven for thinking that marriage is on the way out, with commitment a dirty word.

However, research from the Healthy Marriage Resource Centre amongst 18-30 year-olds suggests that four in five do still want to get married and stay married.

At one level that’s encouraging because it means that a large number of people want to commit to a long-term relationship. However, the Centre suggests that there’s often a wide reality gap between the perception of marriage and the reality.

“We want to get people talking about the complexity of healthy marriages and provide tools and tips for making relationships work during challenging times,” says Myrick. “We are targeting young adults because they are the group most likely to be considering marriage for the first time and are most likely to access an online resource like TwoOfUs.org.”

Though it’s so easy to get married, it’s most definitely worth investing time in some form of pre-marriage course or counselling.

Though there’s some evidence to suggest that people in a good marriage can have better health, financial stability and life expectancy, no-one wants to be trapped in a bad marriage that was ill-conceived.

Taking time to sit down, ideally with a more experienced couple, and discuss aspirations and expectations, may seem unromantic in the excitement of planning a wedding and new life together, but I believe it’s vital. I certainly value the course I attended with my wife before we married.