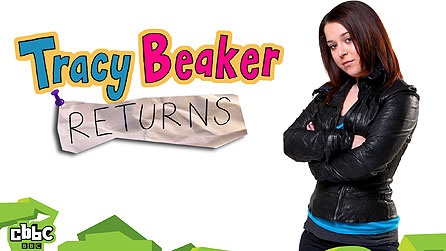 All the information you need on Tracy Beaker Returns on our dedicated page. Tracy Beaker returns for another series on CBBC

The BBC has just announced that a second series of the runaway successful children’s drama Tracy Beaker Returns is to be filmed in the north east of England.

The BBC has a commitment to include more regional cities and towns in its dramas, and Tracy Beaker is a great example of a drama putting Newcastle and Northumberland on the map.

Jacqueline Wilson‘s hit character, played by Dani Harmer, returns to work at the Dumping Ground as a young adult, with the cast including more kids from the North East.

Peter Salmon, the first Director BBC North said: “Now we are on our second series of Tracy Beaker we will see more of Tyneside on screen and even an episode set on an orienteering course in the glorious Northumbrian countryside.”

“To be based and filmed in the region fills a void that shows like Byker Grove left and we are working closely with the BBC to really embed the show in the North East,” said Northern Film and Media (NFM) chief executive Tom Harvey.

Filming will take place on location between July and October this year, with a transmission date still to be confirmed.