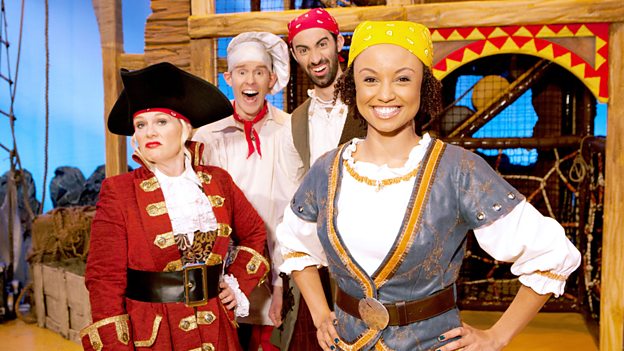 BBC has announced a special festive edition of Swashbuckle for Christmas. It will be first shown on the Saturday before Christmas:

Join Gem’s daring Swashbucklers as they attempt to win back her jewels from the naughty pirates Cook, Line and Captain Sinker, in this hilarious and fast-paced physical gameshow.

Cook and Line are hoping to be good enough pirates to deserve a Christmas present, but when they accidentally drop Sinker’s snow globe into the Ships Mess, they have to come up with a clever idea to give the Captain the ‘cold and snowy’ Christmas she wants.