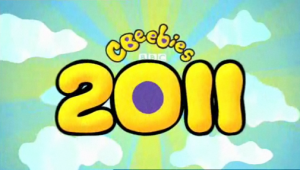 A series of 5-minute animated adventure stories will be coming to CBeebies very soon. Numbats features 10 furry critters, each of which will teach preschoolers about the numbers 1 to 10.

Each Numbat (which we haven’t seen yet; we don’t know if they’ll look the same as the endangered banded anteater) has a number stamped onto its brightly coloured belly, so little ones will have no difficulty picking them out.

Each episode also features a ‘masked’ Numbat who sneaks out into the real world looking for numbers in every day settings, such as a door or telephone, so that children can learn to identify numbers in their own surroundings.

The series features a mix of live action and computer generated animation thanks to “green screen” technology — as will also be used in Andy’s Wild Adventures. This will allow the Numbats to interact with children (presumably in a more high-tech manner than The Hoobs).

An exact date for the first show isn’t yet known, so keep an eye on the CBeebies web site. For now, here’s a slightly related ponderer: why did Sesame Street always count up to twelve?

One thought on “Numbats animated critters coming to CBeebies”