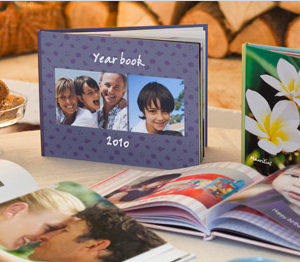 Home » Tech & Gadgets » How To Keep Your Digital Photos Safe

Introduction: From digital to film photography

Keep your photos safe with our handy guide

In the days before digital photography, there were a number of things that could spoil your photographic memories, both before and after processing.

Without any easy way of knowing how good the photos you’d taken were until they were processed, you could find priceless family memories ruined by under or overexposure, out of focus shooting, poor colour, damaged film rolls, or negligence by the film processing company.

Nowadays, many people take digital photography for granted. You can get a fair idea how good your photos are the moment you’ve snapped them, by simply looking at them on the built-in screen. If the photo isn’t great, you can usually take it again, and the fact that digital photography is relatively cheap means you can take many more photos without worrying about the cost of film or processing.

The problem is that digital photography tends to encourage complacency more than film photography.

In the past, you had to have the film developed and printed in order to see the pictures you’d taken. You would then (hopefully) handle the prints carefully, putting them in an album and keeping them away from light, moisture and other nasty things that could degrade them. And you’d (try to) keep the negatives just as safe in case you wanted reprints.

People take many precious pictures with digital cameras, yet never print them. In fact, they may not even take the digital photos off the camera’s memory card. If they do, they sit on a computer’s hard drive. They may make it onto Facebook, Flickr or some other photo sharing web site.

But are they safe?

A survey of British mums by the online storage company YuuWaa found that nearly half had lost some of their family memories because of misplaced, stolen or failed digital cameras, mobile phones, tablet and laptop computers.

While 54% of mums said they had taken over 500 digital photos, one in five felt confused about exactly where they were stored and whether they were safe.

Nearly half admitted they’d never backed up their digital pictures and videos, despite the emotional effects of losing precious memories.

And, worryingly, one-quarter said they used social networks (such as Facebook) as their main photo storage despite privacy concerns.

Another quarter said they really weren’t sure how to back up files online. Around three in five burnt photos and videos onto CDs and DVDs.

How to keep your digital files safe

Every digital photo and video you shoot turns into a single file which is stored either in the memory of your camera/phone or on a removable memory card.

Digital photos are usually shot as JPEG (a type of image) file.

It’s very important not to rely on a single storage method to safeguard your digital files.

What follows is my recommendation for a simple but thorough backup strategy. It may cost you a little money, and will take a little time to set up, but it’s not overly complicated and will protect your precious memories.

Never rely on the memory cards that you use in your digital camera, mobile phone and other portable devices that can take photos.

Although they are pretty reliable, they should never be used for long term storage.

Whenever you can, transfer everything from these memory cards to your computer.

You may have a memory card slot on your laptop or desktop PC, connect a card reader to a USB port, or connect the camera directly to the computer with a cable. If you already use your computer to view, edit or print photos from your camera, then you’re already set to go.

Find out where your photos are stored by default. On Windows they will generally be in the “My Pictures” folder, while on Mac OS X there’s a “Pictures” folder, but if you use other software then the photos may be stored elsewhere.

Once you know where your photos are stored, always store them in this folder so they’re easy to back up.

2. Back up your computer’s hard drives

Ideally, you should already be backing up your computer’s hard drives on a regular basis. If you’re not, please start now. You’ll protect a lot more than your photos.

The best thing to do is to buy a large external hard drive (one that doesn’t go into your computer but connects via USB cable) on to which your computer’s files are copied from time to time.

You don’t have to spend money on backup software to get the job done.

Microsoft’s Windows 7 (for PCs) comes with a “Backup and Restore” feature that lets you set a schedule for your hard drive to be backed up.

Mac OS X (for Apple Macs) comes with “Time Machine” built in. This will also make regular backups of your hard drive.

You can spend money on additional software if you want more control, but these basic solutions will do the job just fine for most people.

3. Use an online backup service

Apart from the fact that you might not want to make all your photos public, it’s not as secure as a dedicated backup service.

Online backup should be done in addition to the full backups in step 2.

You will probably not want or need to back up every file, but the most important digital photos, videos and possibly downloaded music (where you don’t have the original CDs).

That’s because you won’t generally find an online service that can store the entire contents of your hard drive (or it would be prohibitively expensive).

Because you have to use your Internet broadband connection to send files to the backup service, it would take far too long to store every file.

Online storage services include YuuWaa (sponsors of the survey), Mozy and iDrive.

You will probably have to pay a monthly fee to get any decent amount of storage, but it’s definitely worth it.

In the past, you’d protect your printed photos from water, fire, dirt and other damaging elements. You might also find that other family members had prints of memorable moments, so if your prints got damaged or lost, you could get copies from another family member.

With digital photos, you might email a few snaps to other family members, but if you want all of your snaps to be safe, consider storing them away from the home.

Put them on a USB memory stick and take them to your office, or give them to another member of your family. Don’t forget to update that memory stick every so often (depending on how many photos you take) so it’s up-to-date with your latest photos.

Don’t forget that you can print your photos.

Always back things up, but don’t leave great photos sitting on a hard drive where you rarely look at them.

If you have a reasonable printer at home, you can print off individual photos onto glossy or matt photo paper and then store them in an album or frame.

For printing larger quantities of photos, it’s generally cheaper to use a high street or online printing service. I recommend Snappy Snaps, Jessops or Photobox.

If you visit a high street photo processor you can often just take the memory card, stick or CD and print the photos directly. You may be able to do basic editing (such as cropping and rotating photos, removing red eye, boosting colours and so on) before they’re printed.

With online services, you generally use software at home to edit your photos before uploading to the company’s web site. They’ll then print your photos and send them to you by post.

With Snappy Snaps (and some others) you can order your prints online and then pick them up in your local store.

The advantage of digital photography is that you can now do so many more creative things with your photos.

While putting images on a mug or a jigsaw isn’t an orthodox method of backing up your photos, it’s certainly a good way of actually using them.

Why not create a printed album?

Instead of printing standard photos and putting them in an album, many companies now provide free software that lets you design coffee table photo books. Why not create an annual photo book of family events?

They’re not as expensive as you might think, and are a great way to preserve memories. They make great gifts as well.

One word of caution: if you are going to significantly edit any photos, perhaps by resizing or cropping them, changing colours, and so on, always do it on a copy of the original photo. If not, you might be disappointed if you need the original again.

It’s akin to cutting up your negatives so you can’t get reprints of the original photo.

Within your photos folder, create one subfolder called “Originals” and another called “Edited” (or similar). Then, when you want to edit a photo, first copy it (i.e. duplicate it, don’t just move it) from the ‘original’ to ‘edited’ folder and then open up the copy in your photo editing software.

The philosophy: hard drives are big enough to store lots of photos, and are relatively cheap. Memories are not cheap.

Hopefully you can see that you don’t have to be a technical genius in order to keep your digital photos safe.

If you can master steps one and two, you’ve gone a long way to ensuring that you never lose your precious images for good.

If your camera stops working or is stolen, or your computer’s hard drive crashes and loses some files, you’ll still be able to recover those digital files.

If you’ve never lost an important file before, you might not realise how important it is, or understand the emotional turmoil.

Take it from me — regular backups have saved me several times. Don’t be complacent. Back up today.

2 thoughts on “How To Keep Your Digital Photos Safe”