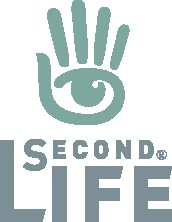 Home » Marriage » Get that computer out of our bed! Virtual reality drives wedge between couple There’s nothing like a bit of tech sex to sell tabloid newspapers, so the recent report that a wife wants to divorce her husband because he took part in virtual gay sex in the online game Second Life isn’t much of a surprise.

I reported on the threat of virtual adultery over three years ago, with some counsellors agreeing.

It’s easy to blame the Internet for all sorts of relationship problems, but as far as I’m concerned the reality is that anything can come between a husband and wife if the communication channels become blocked.

The trouble is that, while a husband’s uncontrollable urges for football or fishing or snooker or cars – or whatever other pastimes may take his fancy – can still be limited to some extent, computers and the Internet are available 24/7 and offer access to a huge range of things that could help to undermine a less-than-happy marriage.

Take the case of Lisa Best, as reported in the News of the World (not the most reliable of sources, granted, but let’s use this as a case study).

Lisa woke up in the middle of the night to find her “computer-mad husband … having virtual sex with another man on his laptop while he was in bed with her.”

For the uninitiated, Second Life is a type of virtual world where you adopt a character (called an avatar) and embark on adventures and relationships with other people. It’s escapism. It’s a fantasy, and one that many people find themselves increasingly hooked on.

John, her husband, said that there was no issue because it wasn’t real life.

She said “As far as I am concerned, having virtual sex with a man is the same as having sex with him in real life.”

He said “Second Life is just an escape and my avatar was just exploring things that I’d never sample – or want to sample – in real life.”

Well, though I have my own views on this, I’ll attempt to sit on the fence and say that there’s no absolute right or wrong answer.

If a wife (or husband) is unhappy with how their spouse is behaving, then there’s a problem.

It’s not for me to say whether John Best fantasises about being with other men, though it seems strange to me that you’d entertain such things – even in a virtual world – for so long without having some desire for them.

For me, that’s not the main point of the story, though I can sympathise with Lisa that it must be causing her a great deal of stress, confusion and inner turmoil.

The main point is why is one member of the marriage so attached to something that their marriage is suffering?

Granted, John may not have realised that his marriage was in trouble until that fateful night – he seemed keen enough to brush off the incident when confronted. However, anyone with such an obsession is in real trouble of messing up significant real-life relationships.

[Lisa] blames John’s computer obsession for destroying their sex life and any social interaction they had.

“Sex became less and less until in the end he just didn’t want it any more. In the past six months we only had it once-and that was after I pestered him for it,” she said.

Houston, we definitely have a problem.

“Over the course of 18 months I basically turned into a computer widow. He was more interested in his Facebook and MySpace friends than in me.”

Think this is extreme?

At one level, perhaps, but don’t believe that you could never fall into such a trap.

I know that, in my own marriage, we’ve put in boundaries and safeguards so that neither of us ends up neglecting the other.

For me, it’s ensuring that I don’t continue to work late into the evenings.

It’s also about maintaining communication. Spending time on Facebook, MySpace, Second Life, or indeed anything else in itself isn’t a problem. What is a problem is when it becomes obsessive or secretive.

What do you think?

One thought on “Get that computer out of our bed! Virtual reality drives wedge between couple”