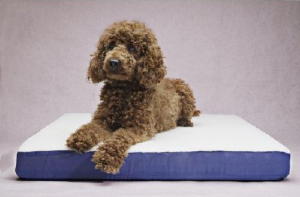 Today’s mind-boggling leap of crass stupidity comes from one Andrew Hessel, a geneticist who has tried to make a comparison between cloning animals and adopting children.

It comes as an almost throwaway quote in a recent BBC news article about the rising popularity of pet cloning.

It seems those with plenty of money are stumping up the cash to raise genetic clones of beloved pets, in the hope of getting a second identical version of their now deceased animal companion.

When challenged that it could be seen as unethical to clone animals—particularly as there’s very little guarantee of particular behaviour and character traits being transferred from the original creature—when there are so many wonderful dogs, cats and other animals waiting for adoption in rescue centres, Hessel came out with this gem:

Clearly this boffin has plenty of science knowledge but not a lot of ethical or societal understanding.

To begin with, the expensive pet cloning procedure is done purely from choice by the owner and is a massive human-controlled biology project, not a natural conception between two animals.

There may be some surface-level similarity between animals who are rescued and put up for adoption, and children who for whatever reason needed to be removed from their birth family, but it’s a real stretch to suggest that humans shouldn’t have biological children while there are kids who need forever homes.

By nature, people are more advanced in character, understanding, thinking and so many other aspects than animals. This in itself means that adopting a child is so much more involved and potentially fraught with issues and struggles than rescuing an animal. Perhaps Hessel should do some research into how adoption works (and sometimes doesn’t).

As he seems happy with pet cloning and can’t see much difference between animals and humans, presumably he is also pushing for human cloning so that if a child is tragically lost, they can be cloned (for a massive fee, of course) and handed back to the parents?

It’s true there are many children who desperately need adoptive parents or foster carers, but it most certainly isn’t a parenting or care path most people are able or willing to choose. That shouldn’t mean they can’t have their own biological children though, does it?

Whether pet cloning is something which should happen or not isn’t the issue here. It’s the glib and tasteless comparison to child adoption which should never have been made.