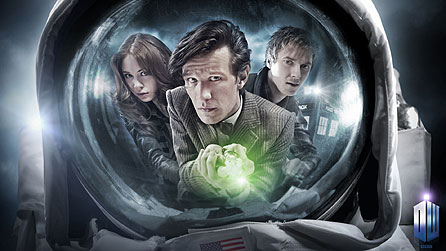 Home » TV » Kids get opportunity to create Doctor Who mini-adventure

Kids can create their very own action-packed Doctor Who adventure.

Primary school aged children could see their three-minute script transformed into a Doctor Who adventure complete with Matt Smith in the starring role.

9-11 year olds can take part in the Script to Screen competition launched today by BBC Learning.

Encouraged to work together in teams, the lucky winners will travel to Cardiff to see their script turned into action.

Doctor Who Confidential will also be on hand to take viewers behind the scenes to show how the script gets developed from paper to television screen – from the first script meeting, a cast read-through, on-set filming… all the way to the final edit.

Children can be as creative and imaginative as they like in order to put together a story that’s filled with all the excitement and adventure of the popular BBC One sci-fi drama.

The action-packed script must feature Matt Smith and can include one of four fearsome monsters/aliens from the show: Ood, Judoon, Cyberman or Weeping Angel, as well as a brand new human character to test the wits of the Doctor.

Much more information and advice for teachers is available at the BBC Learning web site: //www.bbc.co.uk/schools/teachers/doctorwhocompetition/. The competition opens on 23rd April.