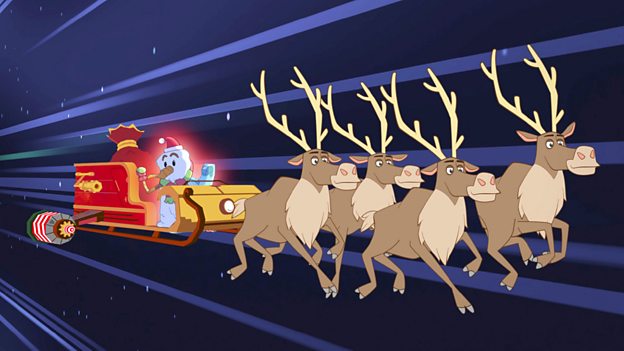 Embarrassingly inept villain The Snowman is fed up with being humiliatingly defeated by Danger Mouse, and decides to get revenge by kidnapping Santa Claus.

This time DM and Penfold’s attempts to thwart the Snowman end in disaster with the villain super-powered by Christmas spirit and Santa’s hat! In a whirlwind of bah and humbug the Snowman sabotages the festive holiday and threatens to destroy the world by freezing the earth. DM must lead an army of elves and a rejuvenated Santa to battle the Snowman and melt his evil plans.

This fantastically festive Christmas special is double-length for more fun-packed, family fun! Featuring guest cast Richard Ayoade who voices the Snowman, and Brian Blessed as Santa Claus, it has all the trimmings and just about every Christmas cliché you can think of.