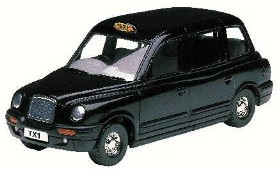 Did your dad used to ferry you about in the car when you were a child or teenager? If so, you’re not alone.

New research from Motors.co.uk suggests that dads will travel over 56,000 miles and spend six months of their life as a free taxi cab service to their children.

The poll of 973 fathers’ driving habits found that the average driving dad travels over 60 miles and spends an average of 3 hours every week ferrying their children to school, sports
clubs and social events.

Of course, the poll also decided to inject some sex appeal into proceedings by asking who dad’s ideal passenger would be. Joanna Lumley was voted the most desirable passenger by a quarter of driving dads, with Girls Aloud singer Cheryl Cole second most popular (16%).

UK fathers are secretly dreaming of being James Bond whilst on the school run, with most dads listing an Aston Martin as their ideal car.

With all this going on, it’s not surprising that a third of the kids interviewed said that they were embarrassed by their dad’s car (or is that just “dad”?) on the school run. Goes with the job, doesn’t it?

“The results of this survey show that the UK’s driving dads are spending more time than ever driving their children around with the average father spending six months of their lives on the school run. This Father’s Day, motors.co.uk is calling for all dads to have the day off to spend some quality time at home with their families without a car in sight,” said Katie Armitage, marketing manager for motors.co.uk.