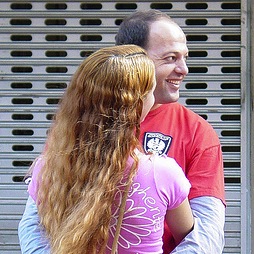 Home » Marriage » Cheating online? Facebook will catch you out

If you’re being unfaithful to your partner but haven’t been extremely careful about your Facebook profile, you are very likely to be caught out.

Divorce lawyers are ditching the old-fashioned methods — private detectives and the like — in favour of snooping the social networks to catch out cheating spouses.

A careless status update or a series of compromising photographs could be all that’s needed to catch someone out, making them look less favourable in court.

Not only can social networks be used to catch cheaters, but they may also be responsible for extra-marital affairs in the first place.

Some of the recent privacy concerns surrounding Facebook in particular have meant that people are often unaware just how far-reaching their information may be shared, or easily found by those specifically searching for it.

It’s not just you who needs to be careful, either. If anyone else — the person you might be having a liaison with, or mutual friends — publishes something online about you, it could still land you in hot water.

That is, if you’ve got something you want to hide, of course. 🙂

“Attorneys advise users of Facebook and other social media who are headed toward a divorce or custody battle to edit their profiles, be cautious about updating statuses and double check to see who is really a “friend.”

Or to make things easier — at least until the trial is over or a settlement is reached — just get off Facebook completely.”

3 thoughts on “Cheating online? Facebook will catch you out”