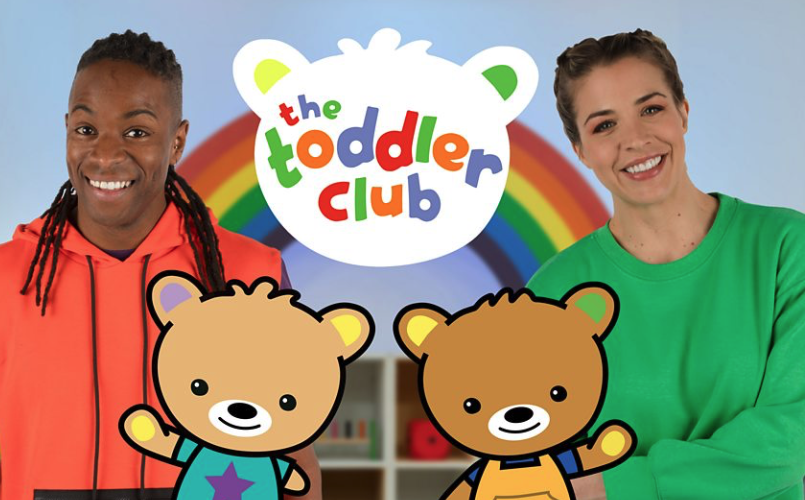 The BBC has announced the two presenters for The Toddler Club, which airs from Monday 4th April on CBeebies. Nigel Clarke, who already presents The Baby Club, will present on alternate days with Gemma Atkinson, most known for her roles in various soaps including Hollyoaks, Emmerdale and Casualty.

Each 14-minute episode is themed around a specific topic of interest to parents, carers and their toddlers, and will include songs, activities and play. The Toddler Club will provide ideas and inspiration for families to learn new ways of bonding, having fun together and aiding their toddler’s development. It’s interesting to note that many babies and toddlers have known little else but lockdown in the past few years, so it is more important than ever to help build social skills to set them up for their lives ahead.

Gemma says: “As a new mum, during the first lockdown I found comfort and reassurance watching programmes such as The Baby Club and The Toddler Club At Home, so for me to now be a host is such an honour. The show covers so many basics for us as parents and lets us know we’re not alone, every toddler is different and that’s ok. To be presenting a show that helps children develop and lets parents feel we’re all in the same boat is wonderful.”

Currently there are forty shows commissioned, with twenty of those shows being broadcast and available on iPlayer from April and twenty more coming later this year.