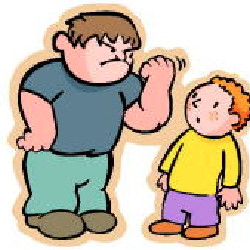 Home » Children » Bullying is not normal and must be dealt with

Bullying is an increasing problem in schools. Whether it’s ‘traditional’ playground taunts or technologically advanced, or for seemingly bizarre reasons, there’s a myth that suggests it’s just a normal part of growing up.

Neither is bullying just a phase that kids have to go through. Prolonged bullying can have a devastating effect on a child, who often carries that trauma into adulthood. A US survey by the National Youth Violence Prevention Center found that nearly one-third of teens were in some way involved with bullying — either as the bully, the victim, or indeed both.

“Being the target of a bully involves real suffering,” said Dr. Earlene Strayhorn, a child and adolescent psychiatrist at Loyola University Medical Center in Maywood, Illinois. “The constant stress of physical assaults, threats, coercion and intimidation can take a heavy toll on a child’s psyche over time. The abuse may end at some point but the psychological, developmental, social and emotional damage can linger for years, if not a lifetime.”

Victims of bullying can be constantly tense, anxious and afraid. They are frequently unable to focus on schoolwork, and in some cases skip school altogether in order to avoid a bully. Over time, a bullied child’s sense of self-esteem and self-worth can become affected, causing the child to become withdrawn, depressed and insecure.

“There have even been a number of instances in which victims have committed or attempted suicide in a desperate effort to find reprieve from bullying,” Strayhorn said. “Some victims have violently struck back at their tormentors, in some cases targeting innocent bystanders.”

Bullies thrive on intimidating and controlling others so they tend to target children who are more passive, easily intimidated and who have fewer friends. Their victims also tend to be smaller or younger and have a harder time defending themselves. If you suspect that your child is being bullied you should realise that you have a very serious problem on your hands.

“Let your child know that he or she is not alone and are not at fault. Tell your child that no-one deserves to be bullied for any reason, and then take action,” Strayhorn said.

You can read more on this topic at Newswise.

For tips and advice on helping your child to deal with bullying, read our in-depth feature article “Bullying Prevention Skills and Techniques for Children” by Mark Lakewood.