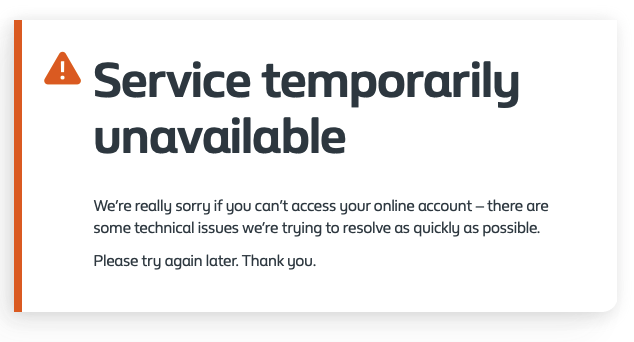 As if the recent energy price hikes weren’t bad enough to handle on their own, smart meter customers of British Gas are struggling to see their up-to-date energy usage graphs due to glitches in the online account management system.

The latest episode has seen energy usage graphs halted since mid-February, despite no obvious problems with the utility giant receiving automatic readings from customers’ smart meters.

Complaining to customer services is simply meet with glib, unhelpful statements such as “we’re aware of the problem”, “our technical teams are working on a solution” and “you can use your home usage monitor to get the information you need”.

With unit prices for both gas an electricity at an all time high, it’s now more important than ever that consumers have up-to-date information on how much energy they’ve used. Although this is possible to a degree with the in-home display units, they do not always provide 100% accurate data, sometimes have connection issues, and are harder to read and interpret than the web site or mobile app.

Sadly, it’s not the first time this issue has occurred. A number of times last year the usage graphs were not updated for days or even weeks at a time. It seems as if the same problems keep occurring (and that’s not to mention other issues users have like the inability to top-up pay-as-you-go meters or book service appointments).

It’s difficult to fathom how a system which has now been in place for several years is still unable to take the raw usage data and plot it on a couple of graphs, for each paying customer. The influx of new users transferred from failed energy firms should have no bearing on how the overall system works, particularly as the problems have been around for years.

It’s incredible that such a large company with millions of customers and huge profits is seemingly unable to invest in a decent IT department with programmers who know what they’re doing. Honestly, it really can’t be that difficult.

More tech-savvy customers may well have created their own spreadsheets or calculations using their meter readings (taking them manually, which is ironic) to keep track of what they’ve used, but that isn’t likely to be the case for everyone.

Energy companies have tooted the smart meter horn for years, extolling the virtues of up-to-the-minute usage data, being able to stay in control of spending, and no more manual meter reads. British Gas has made a mockery of this.

One could cynically suggest they are aware that the problems could cause some customers to inadvertently spend more than they had planned to, simply because they can’t see what they’ve used. I truly hope this isn’t the case.

Regardless, it’s a situation which needs to be resolved quickly. The situation isn’t going to improve any time soon, with more price rises coming in October just before the winter heating season kicks in.