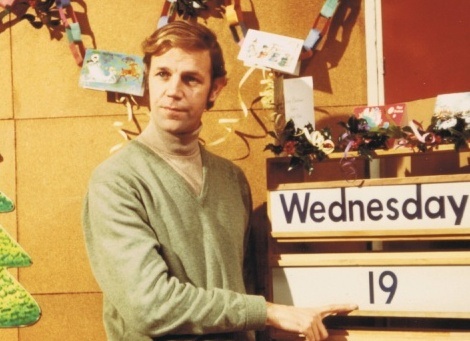 Talk to anyone over the age of 30 about their memories of children’s TV in Britain when they were growing up, and you are unlikely to get far without the name Brian Cant coming up.

In my view, a genius in his ability to speak to all children from all walks of life, he starred in now long-gone classics such as Play School, Play Away and Bric-a-Brac, as well as being the voice behind Camberwick Green and Trumpton.

Now he is being recognised at this year’s children’s Baftas, to be held in London this Sunday, 28th November. In my view, he could quite easily find a place in the regular Baftas.

Though Cant, now 77, also appeared in TV dramas and programmes for adults, it’s surely his role in kids TV from the mid-’60s right into the ’80s that endears him to so many of us.

Of Play School, Cant recalls that he was told to, “play to the camera as though we were talking to one child, in whatever circumstance”.

“It could be somebody in a tower block, a nice semi-detached somewhere, or a Royal palace,” he added.

“You had to phrase everything so, whoever was watching it, they felt you were talking to them.”

It’s not surprising that a 2007 poll voted his voice the best-loved in the history of UK children’s TV.

Brian Cant’s work has touched generations of young people, their parents and grandparents, and his influence on the producers and presenters of the 21st Century is arguably second to none,” said Bafta’s chief executive, Amanda Berry.

Well done Brian! We love you.

You can read more on this story at the BBC News site.