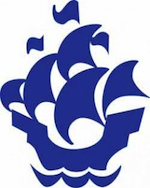 Update: The competition winner has been announced. Blue Peter and the Royal Household have partnered to launch a new design competition for children.

Viewers will be asked to design the emblem for The Queen’s Diamond Jubilee in 2012, with the top 30 designers being invited to a special reception at Buckingham Palace, and the winning emblem used by all agencies and the Royal Household to celebrate the historic anniversary across the United Kingdom, adorning everything from tea cups to television screens.

The competition launched yesterday. Viewers were asked to submit a two-dimensional drawing on A4 paper. The design cannot include Her Majesty The Queen or any likeness of The Queen, but must feature a crown and can include anything else which depicts The Queen’s 60 years on the throne.

“We are honoured to offer this once-in-a-lifetime opportunity for our viewers to become part of this important historical event,” says Blue Peter editor, Tim Levell.