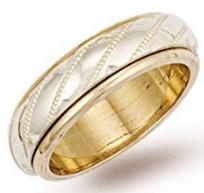 Last year, when the scale of the economic crisis was still dawning upon us, the UK’s Office of National Statistics found that the slowing property market could be reducing the divorce rate.

That doesn’t mean that relationships have suddenly got significantly better. In fact, financial turmoil places a real strain on relationships, and new statistics from US-based LegalMatch paint a much more worrying picture.

While this year’s divorce rate increase of 12% was much less than in previous years (28%), cases of domestic violence had increased over previous years.

Added to this, in November 2008, the National Domestic Abuse Hotline, headquartered in Austin, Texas, reported a 21 percent increase in calls compared to last year.

While I’m a strong believer in marriage, the numbers suggest a sad story: that many in relationships where one partner has violent tendencies are even less able to leave now that the financial situation is so dire, and yet that same predicament is obviously leading some people to higher levels of aggression.

Money can’t buy happiness, but it can provide a greater sense of security.

What’s really important is to talk to your partner straight away when it comes to dealing with financial problems.

One thought on “Bad economy: divorce down, domestic violence up”